China is one of the world’s four ancient civilizations, and the Shang Dynasty was the first to have historical records remaining. Back to 1600 BC, many bronze objects and jade articles have been found to support these early archaeological records. Prior to the unification of China by the first Emperor in 221 BC, Beijing had been for centuries the capital of the ancient states of Ji and Yan and has a long and rich history that dates back over 3000 years. Back then it was called Jin City in the Western Zhou Dynasty. Ever since Emperor Qin united China in 221 BC, China has played an important role in North China. During the dynasties Liao (916-1125), Jin (1115-1234), Yuan (1271-1368), Ming (1368-1644) and Qing (1644-1911) dynasties, Beijing has played an important role in north China. During these dynasties, 34 emperors lived and ruled here. The world-renowned Forbidden city as built during this period.

The Three Gorges Dam is the world’s largest hydropower project and most notorious dam. the dam is located in the middle of the three gorges on the Yangtze River, the third longest in the world, in the Hubei Province. In 1992 the project was approved by the Chinese government, but it did not begin until 1994. The government has four goals for the Three Gorges Dam project: Flood control, Power Generation, Navigation and tourism 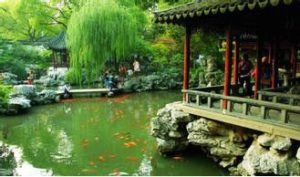 Yuyuan Garden also known as the Yu garden is an extensive Chinese garden located beside the City God temple in Shanghai. It was built in 1559 during the Ming dynasty by Pan Yunduan as a comfort for his father. It as the largest and most prestigious of its era in Shanghai and eventually due to its expense helped ruin the Pans. Eventually, the garden was inherited by Zhang Zhaolin, pan Yuduan’s Granddaughter’s husband, and then passed to different owners. 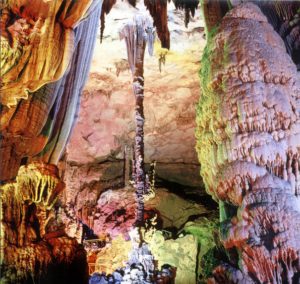 Silver Cave is located in Maling Town of Lipu Country and it is the largest karst cave in Guilin and fully shows the charms of the typical karst landform in south China. There are numerous crystal stalactites extend from the roof of the cave. They glitter like silver and diamonds under the colorful lights.

the Marco Polo Bridge also is known as Lugou Bridge is a stone bridge located 15 km southwest of Beijing city center. The name originates from its appearance in Marco Polo’s book of travels, where he praised it highly.

Garden of the Master of Nets

The Master of the Nets Garden in Suzhou is among the finest gardens in China. First, it was called the Ten Thousand Volume Hall and it was first constructed in 1140 by Shi Zhengzhi.  Shi Zhengzhi was the Deputy Civil Service Minister of the Southern Song Dynasty government. Shi Zhengzhi was inspired by the simple and solitary life of a Chinese fisherman depicted in philosophical writings. The garden passed through numerous owners and subsequently fell into disarray after Shi Zhengzhi passed away. This was until 1785  when Song Zongyuan, a retired government official of the Qing Dynasty restored the garden.

Depart from home country on flight to Beijing.

Arrive Beijing and transfer to hotel. Take a stroll in Tiananmen Square and visit the quaint hutong quarter by Lake Houhai. Enjoy a welcome dinner. (D)

Visit the Summer Palace where the Emperors went to escape the heat of the city. Set around the beautiful Kunming Lake, the flowering arbours and delightful pavilions create a tranquil setting. Back in the city visit the ornate Lama Temple and the serene Confucius Temple. Evening optional Beijing Opera performance. (BLD)

Morning visit to the Forbidden City, the complex of imperial palaces which were home to the Emperors for over 500 years. Grand halls and courtyards gradually give way to more intimate domestic quarters, giving a glimpse into the pampered isolation of the Emperors. Visit the Temple of Heaven, an exquisite example of Ming architecture. Tonight we are guests at a traditional Peking Duck dinner. (BLD)

Morning drive to the Jinshanling area of the Great Wall, one of the most spectacular and least visited sections. The fortified towers stand majestically amidst the surrounding undulating mountains. We admire this stunning scenery over a relaxing picnic, an experience that can rarely be enjoyed by visiting other parts of the Great Wall. On arrival in Chengde, transfer to hotel. (BLD)

Visit the magnificent temples of Puning and Putuozongcheng, built in imitation of the Potala Palace in Lhasa. Visit the ‘Mountain Resort’, the summer residence of the Qing Emperors. After lunch enjoy the breathtaking scenery of Bangcui Peak from a relaxing chair-lift ride as we pass over the roof-tops of the Pule Temple. (BLD)

Drive to Beijing and fly to Xi'an and transfer to hotel. (BL)

The tomb of Qin Shi Huang is one of the greatest archaeological finds of the last century. Guarding the burial place is a vast Terracotta Army of 7000 life-sized figures, individually-crafted and complete with chariots and horses. Also visit the Grand Mosque, the lively Muslim quarter and the Big Wild Goose Pagoda. Optional evening Tang-era music and dance dinner show. (BLD)

Visit the Ming City Wall and Hanyanling Museum where the Han ‘Lady Warriors’ are displayed, before flying to Guilin and hotel. (BL)

Take the scenic Li River cruise to Yangshuo and drift gently through magical landscapes which have inspired some of the most famous Chinese poetry and paintings. Browse through Yangshuo’s colourful shops and stay at hotel. Admire impressive scenery at the sunset view point. Optional spectacular son et lumiere show performed on the river by a cast of 600. (BLD)

Explore the countryside around Yangshuo and the lovely Yulong River. Visit a local farmer’s house and continue to Jiuxian village. After lunch visit the extraordinary Silver Cave. (BL)

Return to Guilin and fly to Hangzhou and stay at hotel. Remainder of the day at leisure. (B)

Take a boat trip on West Lake surrounded by idyllic gardens. Visit the delightful garden and manor of a former Qing nobleman, and explore the colourful shops along Cultural Street. Drive to Suzhou for an exclusive stay at the charming hotel (BL)

Visit the ancient city gate at Panmen and the Garden of the Master of the Nets. Explore the bustling old town and continue to a silk mill to see the ancient technique involved in producing the region’s silks. Enjoy an evening cruise on the Grand Canal to Marco Polo Bridge to admire the prettily illuminated waterways. (BL)

Drive to Shanghai, stopping en route at the pretty canal town of Zhujiajiao. Enjoy lunch by the waterside and take a canal cruise. Arrive Shanghai and hotel (BL)

Visit the elegant Yuyuan Garden. Opposite is the Huxing Teahouse and old Chinese quarter of Shanghai where cobbled streets are lined with traditional shops selling herbal medicines, handicrafts, Chinese tea and a variety of tantalising snacks. We sample a Shanghai ‘Dim Sum’ lunch at the quarter’s most famous restaurant and visit the bazaar. Ascend the Oriental Pearl Tower for bird’s eye views (weather permitting). Optional evening cruise on the Huangpu River. (BLD)

**All flight timings are subject to change without notice. In cases where we are aware of any major schedule changes made to your itinerary before your departure, we shall revise your arrangements and notify you accordingly. However, it is possible for changes to occur whilst you are in China. Our representatives will do all that is necessary to rectify the problems these changes may cause and will endeavour to seek your advice concerning new arrangements. However, at times there can be limited options and some decisions may have to taken without your consent to protect the well being of your tour**