Home > Destination > China > The Very Best of the Ancient Kingdom 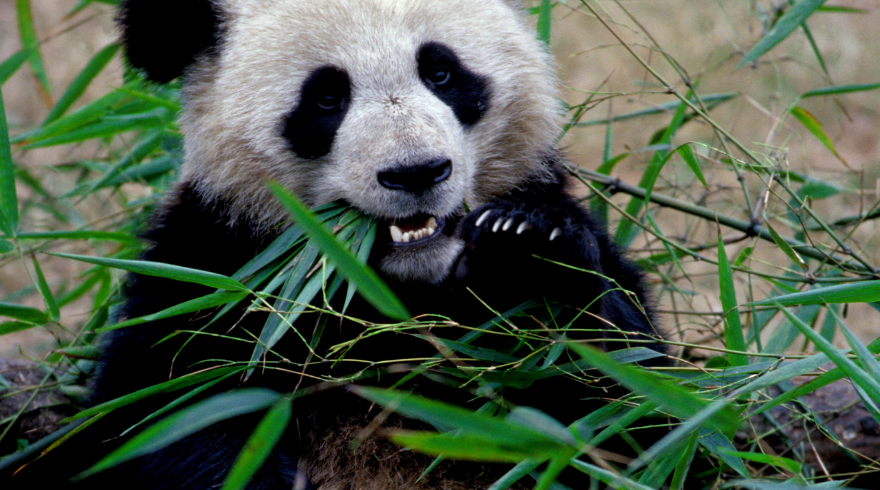 The Very Best of the Ancient Kingdom
3199

China is one of the world’s four ancient civilizations, and the Shang Dynasty was the first to have historical records remaining. Back to 1600 BC, many bronze objects and jade articles have been found to support these early archaeological records. Prior to the unification of China by the first Emperor in 221 BC, Beijing had been for centuries the capital of the ancient states of Ji and Yan and has a long and rich history that dates back over 3000 years. Back then it was called Jin City in the Western Zhou Dynasty. Ever since Emperor Qin united China in 221 BC, China has played an important role in North China. During the dynasties Liao (916-1125), Jin (1115-1234), Yuan (1271-1368), Ming (1368-1644) and Qing (1644-1911) dynasties, Beijing has played an important role in north China. During these dynasties, 34 emperors lived and ruled here. The world-renowned Forbidden city as built during this period. 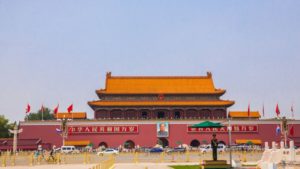 The Tiananmen was built in 1415 during the Ming dynasty and now the city square in the center of Beijing. It is located in the North, separating it from the Forbidden City. The square is within the top 10 largest city squares in the world.

The Forbidden City is a palace in Beijing and it was the former Chinese imperial palace from the Ming dynasty to the end of the Qing dynasty (1420-1912). It was the home of the emperors and their household as well as the ceremonial and political center of government for almost 500 years. 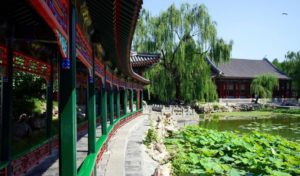 The palace is built in 1750 and it was largely destroyed in the war of 1860, but restored in its original state in 1886. The summer palace is said to be the best preserved imperial garden in the world and the largest of its kind that still exists in China. It is an outstanding expression of the creative art of Chinese landscape garden design, incorporating the works of humankind and nature in a harmonious whole. 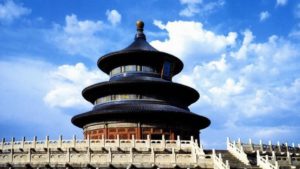 The temple of heaven was built in 1430 during the Ming Dynasty located in Beijing. It was the place where emperors of the Ming Dynasty and Qing Dynasty held the Heaven of Worship Ceremony. It is the largest and most representative existing masterpiece among China’s ancient sacrificial buildings. 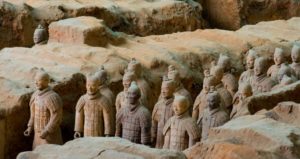 The Terracotta Army is a collection of terracotta sculptures. It is a form of funerary art buried with the emperor in 210-209 BC as a purpose of protecting the emperor even in his afterlife. The terracotta army was first discovered on 29 March 1974 and It was estimated in 2007 that the Terracotta Army held more than 8000 soldiers, 130 chariots with 520 horses, and 150 cavalry horses.

Arrive Beijing and transfer to hotel. Take a stroll in Tiananmen Square and visit the quaint hutong quarter by Lake Houhai. Enjoy a welcome dinner. (D)

Morning visit to the Forbidden City, the complex of imperial palaces which were home to the Emperors for over 500 years. Grand halls and courtyards gradually give way to more intimate domestic quarters, giving a glimpse into the pampered isolation of the Emperors. Afternoon visit to the beautiful Summer Palace where the Emperors went to escape the heart of the city. (BL)

Drive north to the less-crowded and more scenic part of the Great Wall at Mutianyu. Afternoon visit to the Ming-era Temple of Heaven where the Emperors performed annual sacrificial rituals for good harvests. Enjoy a Beijing Duck dinner. (BLD)

Visit the ornate Lama Temple and the serene Confucius Temple with its cypress trees and large stone tablets, before flying to Xi'an. On arrival visit the Ming City Wall. Transfer to hotel (B)

Fly to Chengdu and visit the People’s Park where the locals congregate for serious tea drinking and practise Tai Chi, ball room dancing, singing and walking the ‘cat walk’. Join the locals for afternoon tea. Optional Sichuan opera performance after a dinner of typical Sichuan cuisine. Stay at hotel in Chengdu. (BD)

Drive to Leshan and take a cruise to marvel at the magnificent Giant Buddha, hewn from the mountainside in the 8th century, and 233ft high. Back in Chengdu visit the quaint old quarter at Jinli. Enjoy a Sichuan flavour dinner followed by optional Sichuan opera performance. (BLD)

This morning see the world’s beloved Giant Pandas at the Panda Research Base. Visit the quaint old quarter and the Shu Brocade Institute.Take the train to Chongqing and board the Yangtze river cruisesfor your 3-night cruise to Yichang. (BD)

Optional excursion to Fengdu. In days gone by, Fengdu was believed to be the abode of devils and the 700 temples on Mingshan Hill with their bizarre statuary bear testimony to the city’s notoriety as the ‘City of Ghosts’. Afternoon shore visit to the quaint wooden temple of Shibaozhai. Captain’s welcome dinner. (BLD)

Pass through the shortest and narrowest gorge, Qutang Xia (8km). Mists frequently swirl around the mysterious limestone peaks in Qutang Xia, some nearly 1200 meters high, while the river rushes by, swift as an arrow. Cruise through the second gorge, Wu Xia, 44km long with its peaks rising to dizzy heights above the river. Visit the Daning River or Shennong Stream. (BLD)

Enter the western section of Xiling Gorge. Moor at Yanjiawan for a shore visit to the Three Gorges Dam construction site, one of mankind’s greatest engineering feats to date. Resume sailing through Xiling Gorge, which, stretching 75km, is the longest of the gorges and known for its swift current

and dangerous shoals. Arrive Yichang and fly to Shanghai to stay at hotel for 3 nights. (B)

Visit the elegant Yuyuan Garden. Opposite are the Huxing Teahouse and the old Chinese quarter of Shanghai where cobbled streets are lined with traditional shops selling herbal medicines, handicrafts, Chinese tea and a variety of tantalising snacks. We sample a Shanghai ‘dim sum’ lunch at the quarter’s most famous restaurant and explore the quaint bazaar. Afternoon admire bird’s eye views from the Oriental Pearl Tower. This evening there is a cruise on the Huangpu River to see the illuminated Bund and Pudong District. (BD)

Take a day trip to Suzhou by train. Visit the ancient city gate at Panmen and the Garden of the Master of the Nets. Explore the bustling old town and continue to a silk mill to see the ancient technique involved in producing the region’s silks. Enjoy a cruise on the Grand Canal to Marco Polo Bridge. (BL)

Fly to Guilin and visit the Tea Research Institute. Overnight at hotel in Guilin. (B)

Take the world-renowned Li River cruise to Yangshuo and drift gently through magical landscapes. Browse through Yangshuo’s colourful shops and stay at the hotel. Admire impressive scenery at the sunset view point. Evening spectacular son et lumiere show on the river by a cast of 600. (BLD)

Morning visit to the extraordinary Silver Cave. Lunch is taken at a riverside setting. This afternoon admire magical scenery along the Yulong River with free time to relax and enjoy the resort. (BL)

Return to Guilin, fly to Shanghai/Beijing or Hong Kong to connect with your homeward flight.

**All flight timings are subject to change without notice. In cases were we are aware of any major schedule changes made to your itinerary before your departure, we shall revise your arrangements and notify you accordingly. However, it is possible for changes to occur whilst you are in China. Our representatives will do all that is necessary to rectify the problems these changes may cause and will endeavour to seek your advice concerning new arrangements. However, at times there can be limited options and some decisions may have to taken without your consent to protect the well being of your tour in general**